I met the director Peter Berg at the Apple Store in Regent Street in London.

He was there for the event: “Meet the filmmaker: Lone Survivor’s director and writer Peter Berg”.

Casual as usual: jeans and white shirt, Berg gave the audience an hour of insights on his latest work: Lone Survivor (you can read our review here http://moviezmagazine.com/2014/02/lone-survivor/ )

Actually the project Lone Survivor was born before his last year’s movie Battleship but budget problems came out so Universal decided that “Battleship” needed the priority.

This is a 4 and a half years project (including 2 years of writing).

Based on Navy Seal Marc Luttrell’s book  (the lone survivor) this is the story of the 4 men-team of the Red Wings operation in Afghanistan in 2005.

Berg moved from Detroit to a base in Iraq and he understood that no one is safe but you have to look after yourself and the others.

Also, the cast lived for a month and a half with Marcus and 4 Seals for training and to understand what they were going to do.

The best thing for the chemistry was that they lived in a place where iPhones and iPads didn’t work so they started to live a different life. But also these are places where you can’t decide to go out for a walk alone;  you have to stay together.

This film has divided the country because it is absolutely in favor of the soldiers.

In addition to the 3 Luttrell’s mates, during the salvage operation died 16 other soldiers.

All the cast met all the victims’ relatives: wives, parents,  girlfriends, and friends,… so they could make it as much real as possible.

And they did a really great job if we know that in a backstage interview, Matt “Axe” Axelson’s mother said: “After that, I saw the movie I said to Ben Foster (Axelson in the movie)  thanks for giving me my son back for a few hours”.

This was the third time that Peter Berg worked with Canadian actor Taylor Kitsch and, also this time, he was his first choice.

Kitsch said in a recent interview for ComingSoon.net  that before starting “Battleship” he and Berg were hanging out in Texas and Peter said: “There is this book, Lone Survivor. It’s an incredible story and I want you playing Mike Murphy. Just read the book and have Murphy in mind because I got you in there for it”.

Soon after he decided that Mark Wahlberg would have been Marcus Luttrell.

There are a couple of scenes where the 4 boys jump down from the mountain because is the only way not to be killed.

This idea came to Berg because he was in Manhattan on September 11, 2001, and he saw all these people jumping down from the skyscrapers to try to save themselves.

Lone Survivor’s stunt ensemble won the Screen Actors Guild Awards but Berg said that the actors did a lot of scenes without the stunts.

Marcus Luttrell was on set and they felt a duty to do all that was in their power, or they would have been ashamed of themselves, especially Taylor Kitsch and Ben Foster.

Obviously, in some cases, they had practical limits to reckon with:  “I could not lose one of the main actors in the second week of shooting because he had broken his leg jumping down from a mountain”.

In the end, I had the great opportunity to ask some questions to Peter Berg.

Cristina: “ In the first scenes we see in the team’s bedrooms the real pictures of the soldier’s life; the same that we see at the end with some video from their real-life: weddings, holidays,…And we have some private stories: Murphy receives a mail from his girlfriend with a suggestion for her wedding gift, Danny Dietz is stressing himself because his wife wants to paint the room in pink melon and he thinks that it’s not even a color,…. Was it your idea or did it come out from Marcus?”

Peter: “ All this stories are true. In the movie there are, in the beginning and in the end real pictures of the soldiers that were killed and they came from the families. I was able to talk with Dietz’s widow and she said that the last thing they talked about was the house redecoration.  And Danny was worried about what color she wanted but he felt himself guilty about to be in Afghanistan so he always said yes to her and after he spent the day to complain with his mates. Axe in the movie is on computer and the dialogue that we see with his wife is the real transcription of their last communication and she gave it to me.  So I wanted it real”.

Cristina: “Every time you work with Taylor Kitsch, in Friday Night Lights, in Battleship and now in Lone Survivor, his character has always a strange kind of leadership. He has a temperament often out of control but, in the end, he is a good guy and a leader. Is it something that you see in Taylor or it just happened from the scripts?”

Peter: “I think it is something inside Taylor Kitsch. He is a good bad boy, you know what I mean? He is often a kind of troubles maker, he is disorganized and easy to screw up. But he is really very strong , he is an incredible loyal friend, he is a wonderful  guide and he has a really big heart. He really has all this qualities. He is shy and quiet and respectful  when you first meet him but he is a really strong man. And this is very similar in lot of Navy Seals that I met.

Peter Berg finished the meeting by talking about his next projects.

He directed the pilot episode of the new HBO series  The Leftovers a couple of months ago and now he is thinking of the next Berg-Kitsch project. 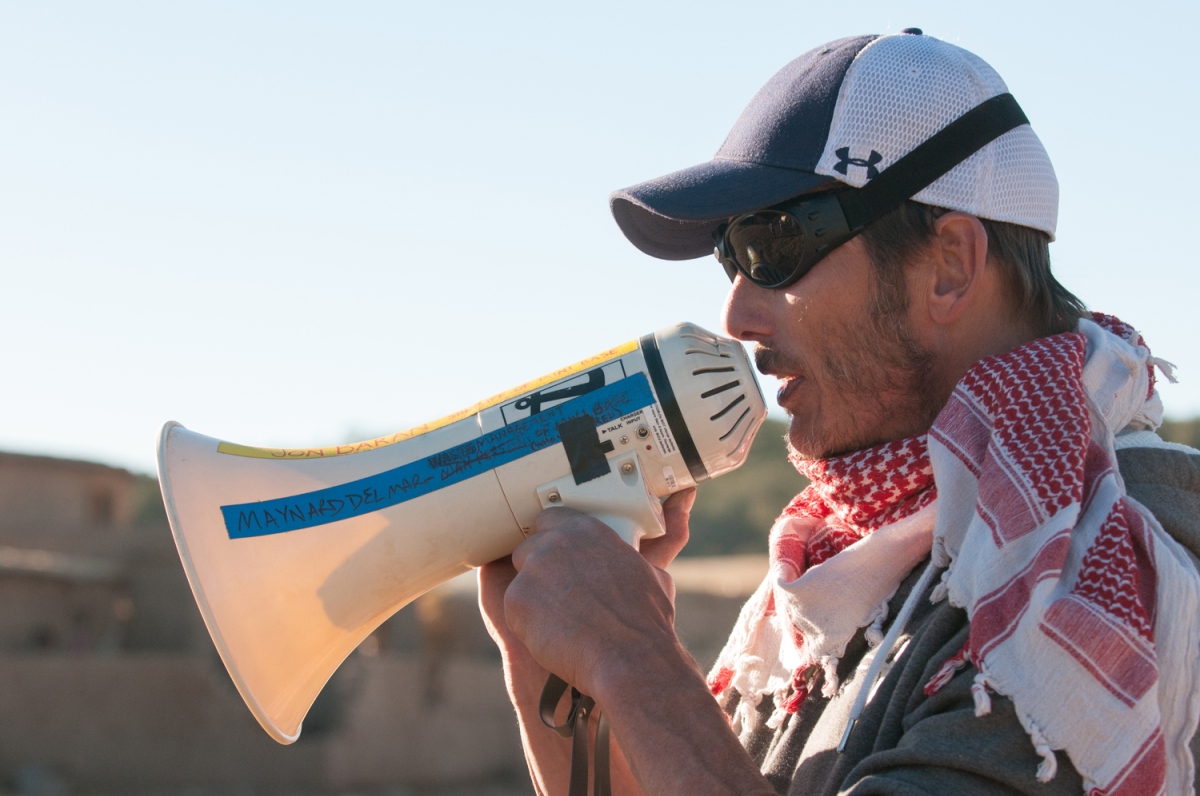 2 thoughts on “A chat with Peter Berg”