How To Succeed In Business Without Really Trying won a Pulitzer Prize in 1962. It’s a wonderful piece of musical theatre.  Set in 1960’s New York, the musical tells the story of young window cleaner who buys a book about rising up the corporate ladder. This is a classic Broadway show with an irreverent libretto and an engaging score by Frank Loesser. The 1961 musical was revived on Broadway in 1995 in its original theatre starring Matthew Broderick (Godzilla, Glory) and again in 2011 starring Daniel Radcliffe (Harry Potter, The Woman in Black). Darren Criss (Glee) succeeded Radcliffe for three weeks and after Nick Jonas (Careful What You Wish For, Scream Queens) took over the role of Finch until the show closes in May 2012.

As always happens with great work like this musical, you need people who are up of the show and who can stress the artistic weight. This is what perfectly happened Tuesday, May 19 at the Royal Festival Hall in London.

In a nearly sold out evening, How To Succeed in Business brought sparkling atmosphere in the audience who was totally catch by this musical-in-concert- performance cast, led by Broadway star Jonathan Groff (Glee, Frozen, American Sniper, Looking, The Normal Heart) and by the Royal Philharmonic Orchestra conduct by Mike Dixon.

In the cast also two outstanding women. Cynthia Erivo as Rosemary in primis, a mix of energy, grace and really elegant spirit.  Marvelous and full of glamour performance, especially in  Been a Long Day, also for Amy Ellen Richardson as Smitty who hide her beauty (look the rehearsal pictures if you don’t believe me) behind funny 60’s glasses and a lovely very secretary mode checkered dress.

And then there was Mr. Jonathan Groff with his natural and absolutely unique stage charm. An actor who deserves all the capital letters, not just the A because he is just too everything: too sweet, too talented, too brave, too cool, too pretty and truly terrific as Finch, even when his partners on stage forget some lyrics and he keeps the show alive. Simply a star, for sure one of the best Broadway talent of the last decade.

I “met” Jonathan Groff for the first time watching another Broadway masterpiece: Spring Awakening. It was the 2007 and, on stage with him there was his best friend to be Lea Michele. Just three years later they were together again but this time on TV. It was when millions of Glee fans felt in love with Vocal Adrenaline leader Jesse St. James. This was also the start of one of the most absurd controversial on the American press, especially on the Newsweek Magazine where in a nearly homophobic article, journalist Ramin Setoodeh wrote as an openly gay Mr. Groff was “more like your average theatre queen” than a womanizer high school boy. But Jesse St. James came straight to the heart more than Groff’s all-out-gay performance in Looking or in Woodstock. And  now it’s time to focus again on this performance where we had a Finch so charming it’s a shame he only got to do it for one night, especially after five years away from a London stages. 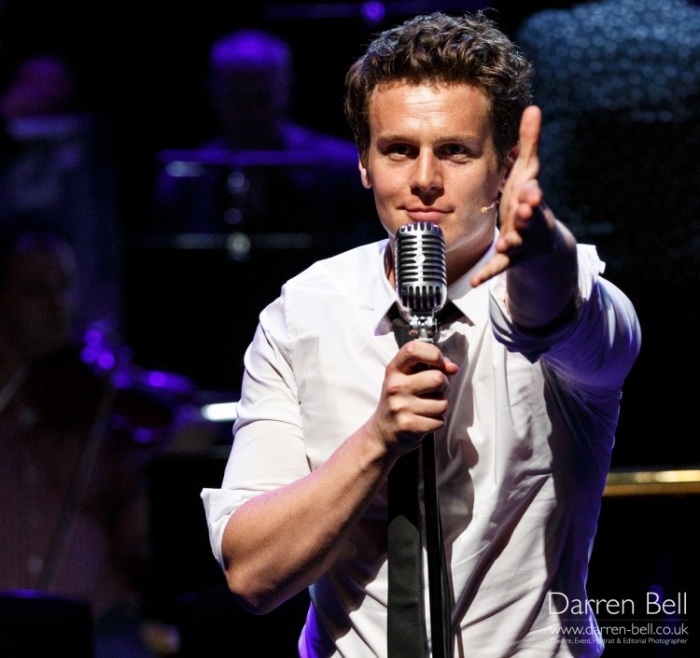