We met jury member John Corbett the day before the closing night. As we seat he orders a coke for him and for us too because they are served in very small cans and you can’t miss them. It’s his very first time in Monte-Carlo and he is extremely exacted. Now we are ready to start.

Which are your criteria as judge to judge objectively these series?

The Cokes arrive, he opens them for us too.

No glass, drink from the can…mmm…it’s nice and cold. One sip and then I’ll tell you all secrets about me watching movies. …Ok. My expertise about judging a series are the same a mechanic garage has. Because in watching TV shows and movies, most of the people who made a TV series successful are not professionals in the last 20 years…there is something because, for example, we all like that song by the Police (he starts to sing Roxanne) Why? I play guitar but my plumber likes it too. I didn’t know most of the shows here in competition…I think a couple over 18: Billions and The Young Pope. I took like three hours a day and I had 2/3 cups of coffee and just watched and see what touched me, what was touching me and…look, they are all the top-level, so one is as much good as the next one. It’s like looking at 10 beautiful women all in the same dress in the same line. It’s hard to pick which one is the prettiest. We discussed as jury what we liked most in a show rather than another. There was a little bit of argument but no one said…ok, never mind, let’s just say that all the discussion was very polite. It was a very democratic way to choose. I just stood for what made me laugh and for what made me cry.

And what made you cry?

I’m easy to cry. If the commercial is just right…and touching enough…

As musician how important is the score of a TV series for you?

It can be a problem., ’cause I may interrupt a show talking about music with all the others saying ‘Shut the f**k off…stop talking!’ I fix my attention on the music, it can be a problem, I know, but it’s just another character for me.

Which is the hardest thing in judging someone elses work?

The most obvious: somebody is not gonna win. It’s gonna be a boomer. I never won an award. I’ve been an actor for 30 years, I’ve been nominated for Emmys and Golden Globes…I never won. I can’t tell you who won when I was nominated but it would change my night…to see from that night my name next to the words Golden Globe Winner…So I took this decision seriously. All these shows are on the same level, they are all so good. And I saw some of the nominees around here and I can’t show my cards…I can’t let them know if they won or not, yet…I just played the same poker face. It’s my experience as a judge so it’s also my first experience in disappointing some people.

Which was your worst experience during an audition?

I know sometimes my agent sent my pictures for a role and they were trashed immediately.I know who did it, I know their name and every time I heard about these people my stomach has a twist. But I don’t have regrets on things that didn’t work out.

And do you remember the first time you realized you were a real actor?

Yes, I think I was on a TV show called Northern Exposure. Do you know that show?

Yes, in Italy was called A Doctor Among the Bears…

No kidding…why they didn’t call it Northern Exposure?!?! (he laugh). Well that was the first time. I bought a house, my first house in Seattle. It changed my life. Most of the nominations I told you about happened on that show. That was it, that made me feel as I was part of that world for real.

In your free time are you more a television person, a movie one or a book one?

I love watching TV. I watch like a lot of television. I save all my favourite shows so I can watch them as soon as I have a little bit of spare time. Also, in the last six years…I guess…I had to be an Academy voter…voting for the Oscars and one of the benefit is they send you, starting in October/November all the movies. Everything. It’s really cool, even if you count in a very small scale as there are around five thousand Academy voters; but I still feel as my vote counts so I still try to watch everything. Because it matters. An Academy Award is going to change somebody’s life. And I know that maybe my vote for American President as citizen does not matter on any level, I know that. But maybe my one vote as an Academy member does.

We are living in a very complicate situation. Do you think that TV series must send a message or do you think they have to stay fun?

I don’t think they should because, once again, it’s someone’s point of view…it’s so hard to make a show that it’s picky. You can like a political show but not buying it…for example I like Homeland…but I don’t buy the politics in it. And when I watch a TV series I like to wait a week for the next episode. I don’t even watch the preview. I just be-watched Fleabag only because it is not on in America, it’s only on on Amazon so it’s kind of very tempting. 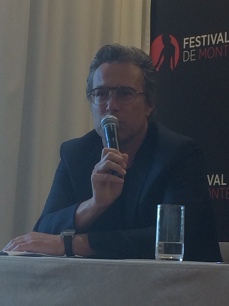 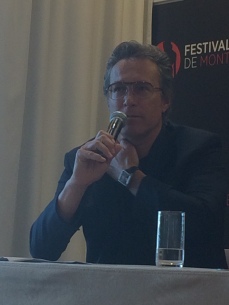 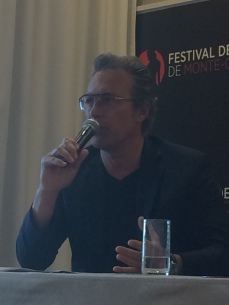 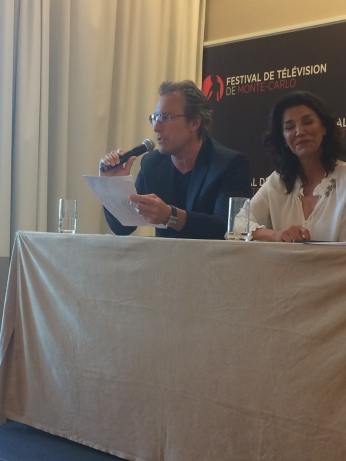 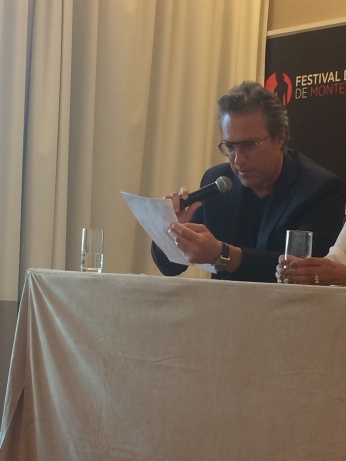