Eric Heisser works on short sci-fi tale Story of Your Life by Ted Chiang to write a script that director Denis Villeneuve shoots as one of the most touching sci-fi movie with the precious help of two amazing stars as Amy Adams ( also at the Festival with Nocturnal Animals) and Jeremy Renner.

These are the ingredients of Arrival.

Dr Louise Banks ( Amy Adams) has nothing in her life but work. She is a world-renowned professor of comparative linguistics. One day the army asks her help to translate some sounds coming from a group of aliens just landed on Earth. But there is a reason why for Louise her work is also all her life: a child dead of cancer in her late teens. Louise’s attempts to communicate with the new arrived starts pretty soon to cause her painful reflections in her soul.

But are these visitors coming in peace or not?

At least they are nothing more than a version of human-history…we conquered each other from time immemorial and, at the end, language…being able to communicate to each other, is the most important thing to learn.

Which language is more (extra)universal than music to understand each other’s? Probably none. That’s why one of the Arrival main character is for sure Jòhann Jòhannsson’s soundtrack (who also worked with Villeneuve in Sicario).

On the London red carpet Amy Adams told us how important and at the same time has been so difficult to be a mum of a young girl herself too as is Louise in the movie. And how much of her everyday life and of her relationship with her daughter Aviana (she was 5 year-old when Arrival was shot) she has put in Louise character.

Watch our Facebook video from Arrival LFF Press Conference and here our pictures from the red carpet and the press conference: 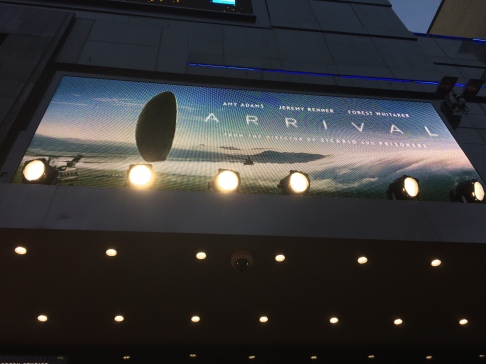 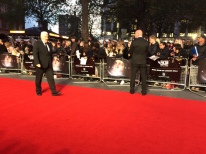 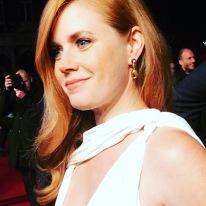 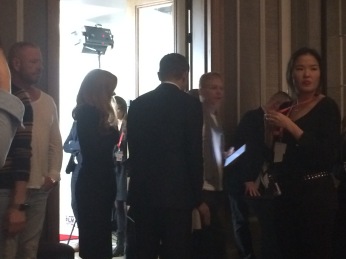 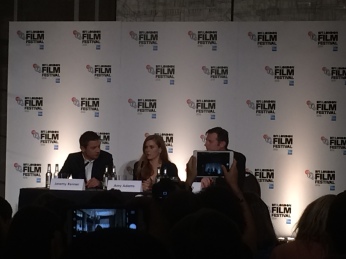 One thought on “Language is the first weapon drawn in a conflict: ARRIVAL at BFI LFF”