nAfter the Young Victoria starring Emily Blunt, we have an even more younger Victoria coming soon on our tv screens and starring, in the role of the magnificent queen the charming Jenna Coleman ( Doctor Who, Me Before You, Captain America).

ITV‘s new drama starts in 1837 when, following the death of her uncle, Victoria is slapped in a life so far away from the one she was used to live. Only her Prime Minister, the always outstanding Rufus Sewell ( The Man in the High Castle, Tristan + Isolde, The Pillar of the Earth, Rise) as Lord Melbourne believes in her potential. A forbidden alchemy works slowly its way through them but Lord Melbourne makes her realize which are her duties and responsibilities to the crown.

Then, one day, something suddenly changes in her life. It’s the day Prince Albert, an extraordinarily  charming Tom Hughes (Versailles on stage, Edith, London Town, Cemetery Junction, Dancing on the Edge, Trinity, About Time) and his brother Prince Ernest, the amazing David Oakes ( The Living and the Dead, The White Queen, Pillars of the Earth, Trinity, The Borgias, Who Shall I play with Now?, Shakespeare in Love on stage) arrive at court. They are like chalk and cheese. Albert is sad, shy, a man of few words, grumpy and touchy while Ernest is funny, outgoing, charming, always comfortable in his skin… One evening,  Albert and Victoria find themselves at the piano playing a Schubert duet… on Ernest suggestion, obviously… and even if at first they struggle a little bit.. “I believe you’re going too fast for Schubert” says Albert to Victoria…something changes forever and…well…soon you’ll see how they’ll build a “love able to burn down a city”.

Victoria starts on ITV on August 28th for eight episodes.

Photos from the set 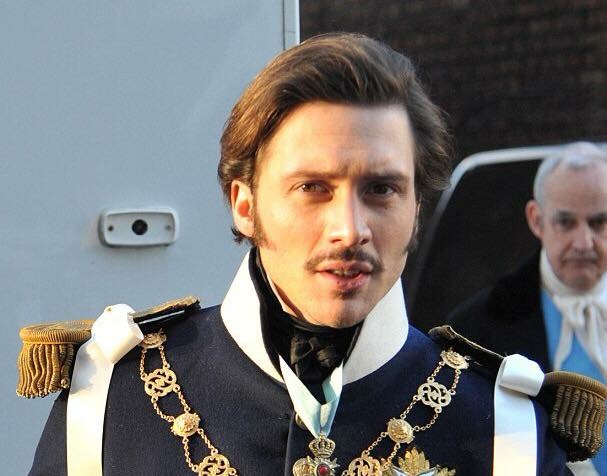 5 thoughts on “A love like ours can burn down a city: VICTORIA”